We ordered a 10-pack of Gelato seeds from Crop King Seeds, based in Vancouver, Canada, on June 12, 2019. We were quite excited to try growing this particular strain because the stats on the website are incredible.

We were also drawn to this strain when a fellow grower had mentioned how good their experience with Crop King was, and how incredible the customer service had been for them.

Crop King has their seeds available in actual physical stores in a few cities in Canada but we ordered ours through their website. Our friend had purchased seeds from a physical store and none of them germinated. So, he called Crop King and explained the situation. He is an experienced grower and he has never had that happen before.

They sent him 20 new seeds right away, and every one of them germinated!

After ordering online, we used the simple e-transfer payment method. They give you the exact words to type into the transfer page and they now have an auto-deposit set up for faster processing. We chose the faster shipping with tracking.

We were very impressed with their website design and simplicity, the ordering process and the delivery.

Once the package arrived in the mail, we took it inside and opened the well-packed bubble envelope. 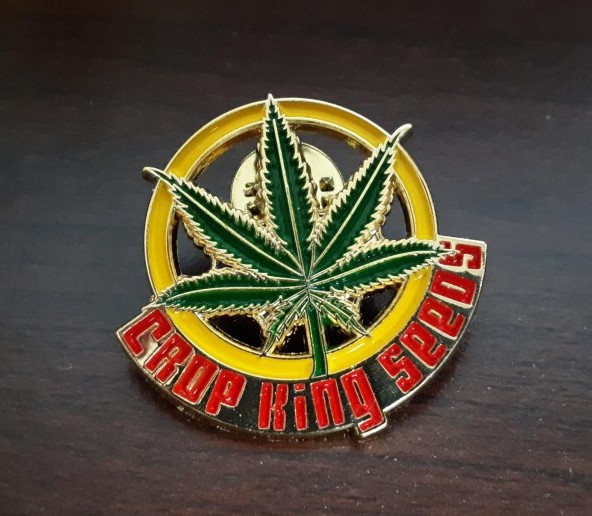 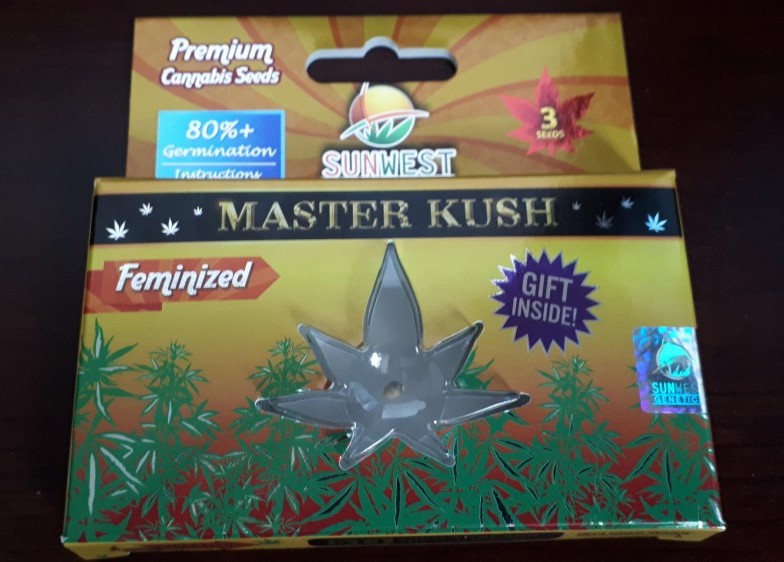 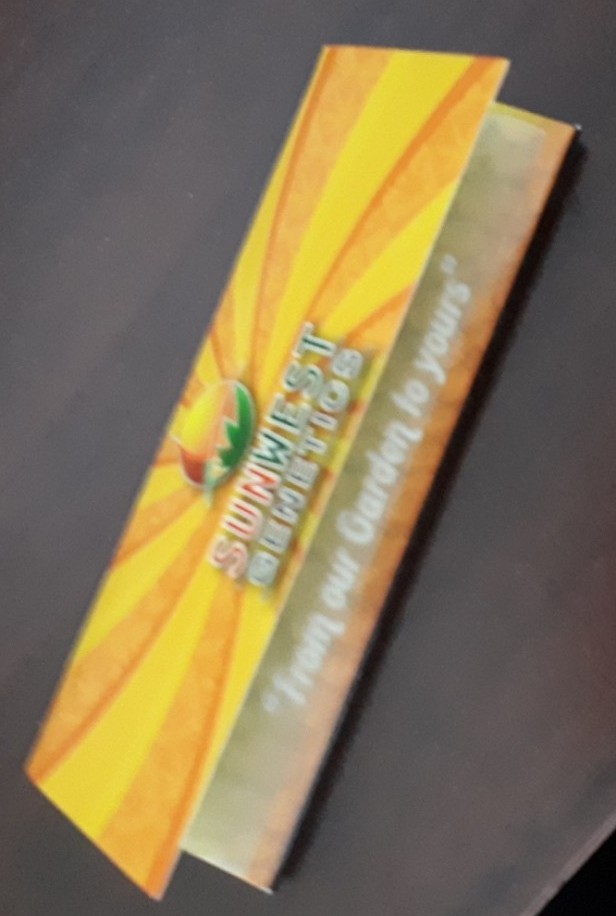 In the bubble envelope, with the seeds we ordered, were multiple freebies:

Also, the seeds we had ordered were very well packed inside the bubble envelope, sealed in a plastic bubble. 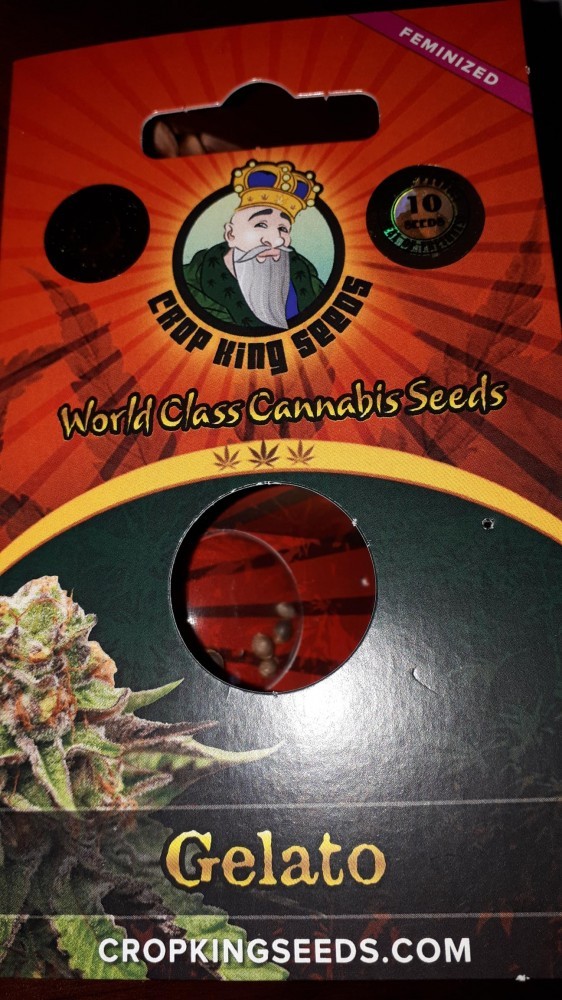 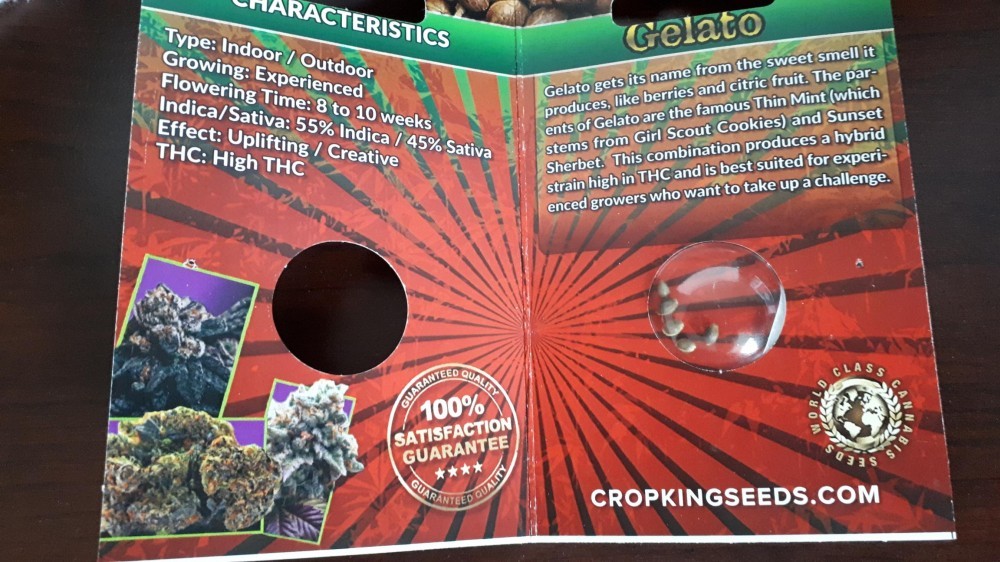 When germinating the Gelato seeds from Crop King, we soaked four seeds in spring water from the dollar store (as they recommend) for 18 hours in a small, clean mason jar. We did, however, skip the paper towel method and placed them directly into rock wool in a simple bubbler setup for germinating. No nutrients were added at this time and only filtered water was used. 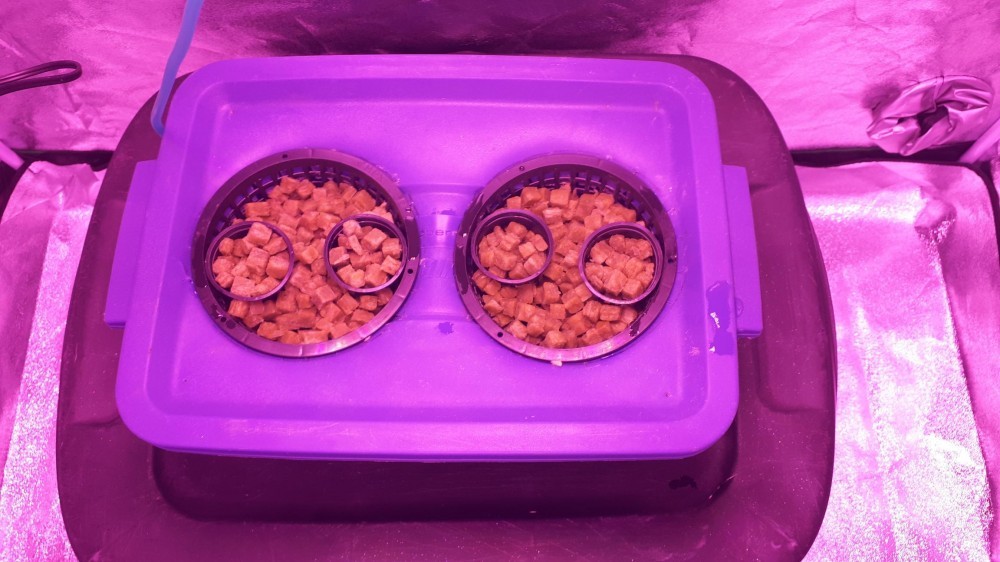 For the first two days after planting, the baskets were covered with aluminum foil and the light was cycling regularly with only the vegetative switch on (blue light). To see the light we are using, see What You Need To Grow Marijuana.

For anyone that may not already know, germination means a seed that has been planted has broken the surface and become a complete plant. Most plants (and all cannabis plants) have two primary leaves to collect sunlight for the energy for rapid vegetative growth. In the case of cannabis, these two leaves are almost guaranteed to fall off over the next few weeks.

On the morning of June 19th, three of the four seedlings popped through and the fourth germinated that afternoon. 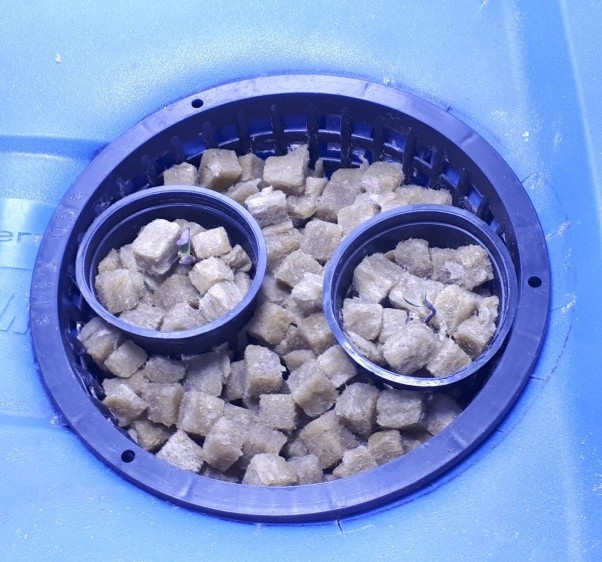 First and second to germinate, first on the right. 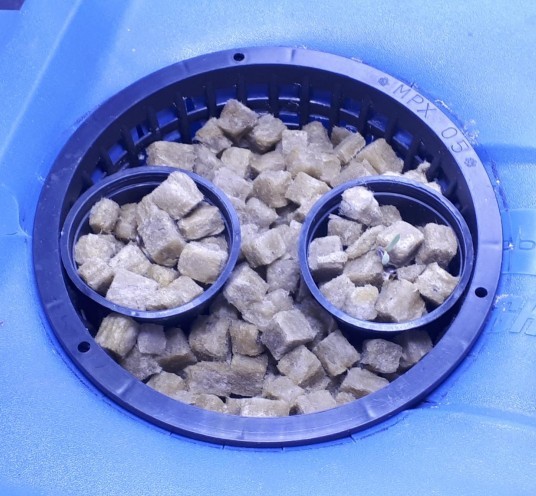 Third to germinate and fourth peeking through. 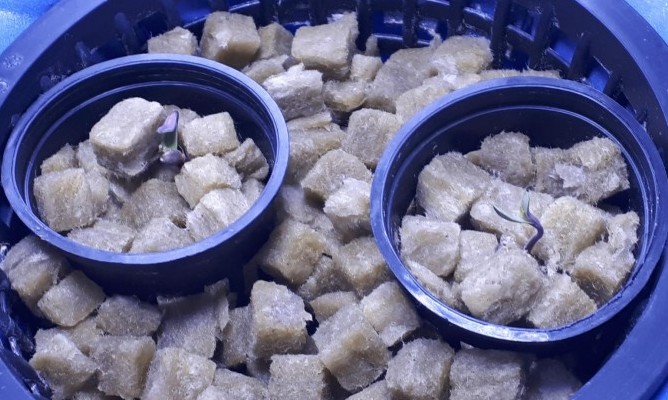 First and second to germinate.

On the morning of June 20th, all four seedlings were open and growing quite well. The light was switched to full spectrum, and placed 24″ above the seedlings. In a day or two, nutrients will be added to the water in the bubbler, and when there are two or three nodes, they will be moved to neoprene collars in our aeroponic system. 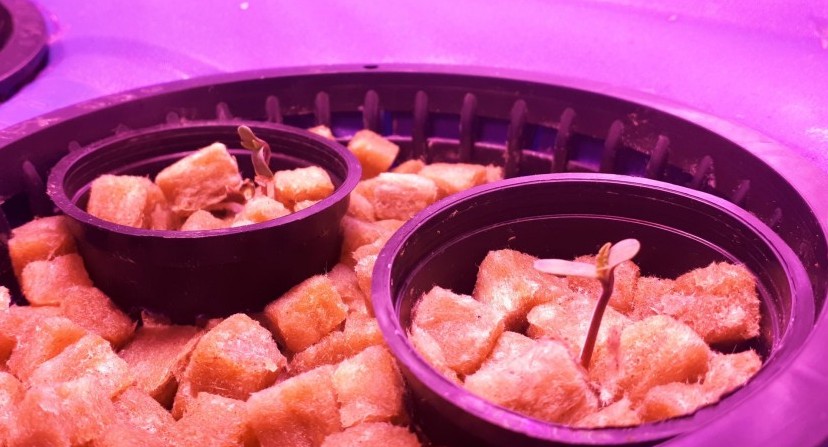 The first two seedlings to germinate, first on the right. 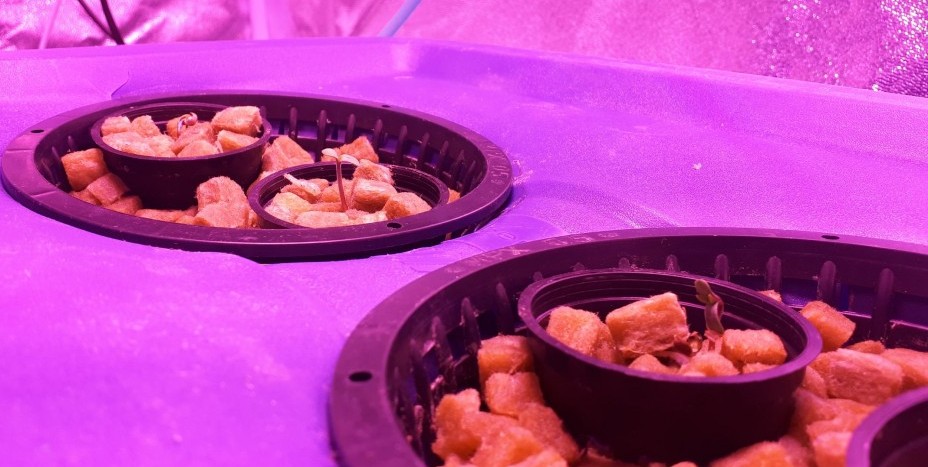 From left to right, the fourth, third and second seedlings to germinate. 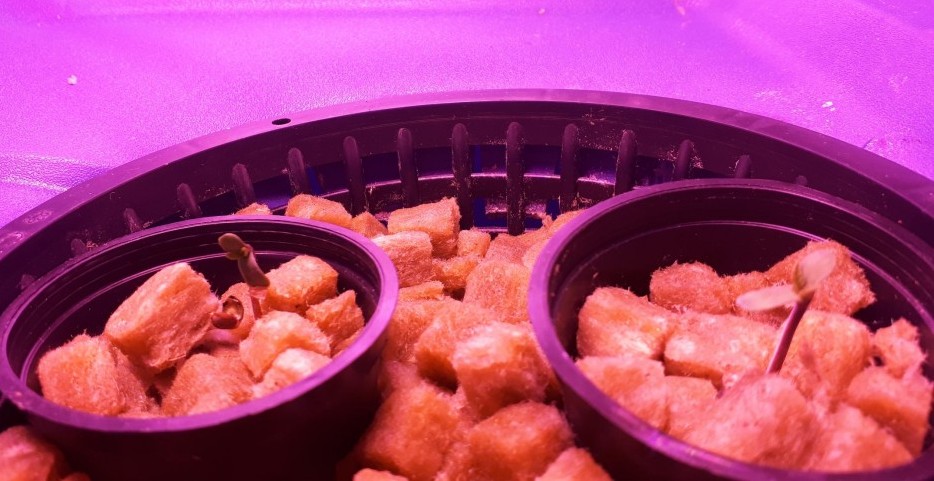 The first two seedlings to germinate, first to the right. 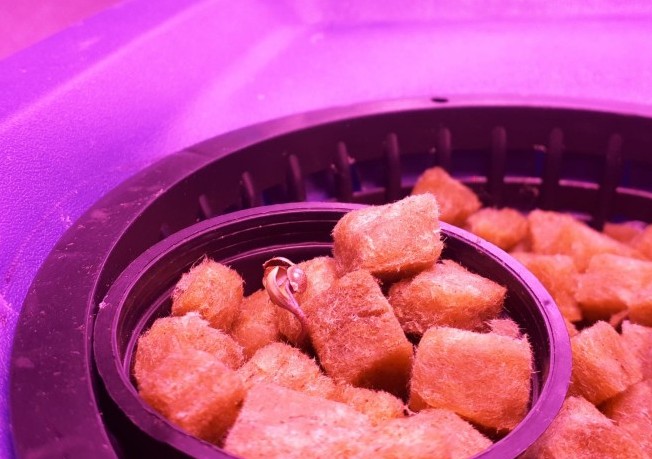 The fourth seedling to germinate, with the seed hull still on the leaves. 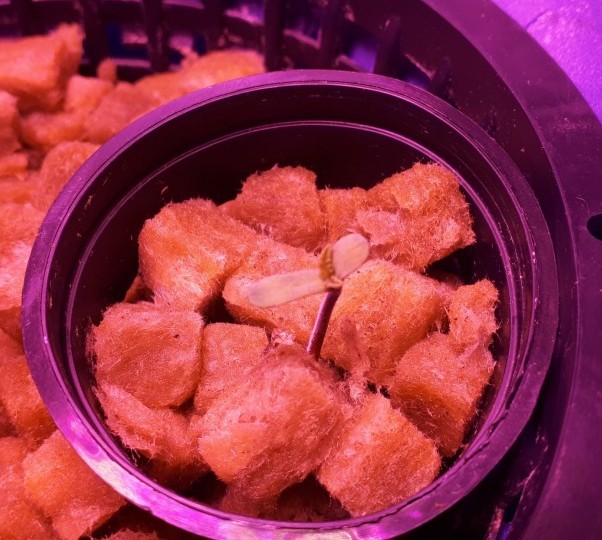 The first Gelato seedling to germinate with the first node starting.

So far, Crop King Seeds has been perfect, and Gelato looks like it is going to be a strong strain.

Check back for more progress!

As a bonus for reading the entire review, try using Promo Code: FIRST10 for 10% off your first order!

Cannabis Seeds, Getting Started, How To Grow, Hydroponics, Strains